The Aftermath of a Disaster

Disaster Can Have Long Lasting Effect on Survivors 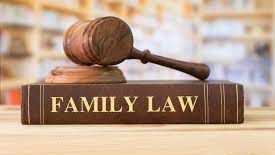 After a disaster, survival becomes the primary concern.  Survivors are often in need of food, clothing, shelter, and other necessities.  However, once the initial shock subsides, survivors are tasked with piecing their lives back together.  Moreover, survivors and their families are made more aware of the residual effects of a disaster- some of which only manifest after an extended period of time.

Here are some of the most common reactions and legal issues that a family may experience in the aftermath of a disaster, as well as resources that may help them.

Immediate effects - Some of the reactions that may happen immediately after the disaster and continue for a few weeks, including:

Medium-term effects- Changes that are not so obviously related to the disaster can happen weeks or months after the event. These changes can include:

Family members' feelings for each other may change as they become more detached or preoccupied with their own problems and reactions.